Rage against the X-Factor 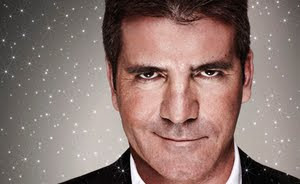 Seasons greetings everyone! I hope everyone is well and staying wrapped up warm.

Apologies to anyone this winds up, but I would like to write a little bit about ‘Rage against the X-Factor’, a facebook group which can be found here: http://bit.ly/inthename

If the X-Factor single goes to Number one this week, Cowell’s monster will have dominated the Christmas charts for half a decade. Rage against the X-Factor is a means for those of us who shudder at this prospect to show that we have had enough. The idea is for everyone to go on line this week and buy ‘Killing in the name’ by rage against the machine. Some of RATM’s lyrics explain pretty well how I feel about X-Factor;
“The movie ran through me
The glamour subdued me
The tabloid untied me
I'm empty please fill me”
Basically, it is substance-less mollifying tabloid tripe as far as I am concerned. I have nothing against those who enjoy X-Factor watching and taking part, but there are a considerable number of Brits who are sick of having it pushed into our faces every Christmas in the form of the Christmas number one single. That is why this group exists. If you feel anything like I do about this please join, tell your friends about this group and most importantly please BUY ‘KILLING IN THE NAME’ THIS WEEK!

A lot of people have made arguments against Rage against the X-Factor, and I would like to talk about a few of them.

1. “Sony BMG” – RATM’s record label Epic Records and the X-Factor label Syco are both subsidiaries of Sony BMG, so some people argue “The money is going to the same place anyway”

This is not an anti-capitalist protest, nor is it an anti-record label protest. If I boycotted Sony BMG I would miss out on a hell of a lot of great music. This is simply about being sick of the X-Factor single being number one every year, and the fact that everyone accepts it as a matter of course. (by the way for those of you who are on a personal hate campaign against Cowell; seeing as the two subsidiaries are unaffiliated companies none of the profits of ‘Killing in the name’ will end up in Cowell’s pockets)

2. “You’re all sheep!” – a few pedants have pointed out that we are all clubbing together and encouraging each other to buy a single made famous by the line “Fuck you, I won’t do what you tell me” thereby apparently doing exactly what we are arguing against; conforming.

This is disingenuous. No one is forcing anyone to buy the single; we have simply settled on it as a song that everyone can choose to get behind if they want to use the democratic nature of the charts to register their discontent. It is the insidious nature of the X-Factor program, the way that it builds up to a climax just before the Christmas single that lets it exercise control over the British public. “Killing in the name” is a way to send a stark message to Cowell and the X-Factor that there are over half a million of us who are not so easily manipulated.

Oh yes it can. Last year Alexander Burke’s Christmas Number one sold 576,000 copies. At the point of writing, Rage against the X-Factor had 722,499 members. It absolutely can be done. Simon Cowell Has commented on the group, accusing us of ‘spoiling the party’ for the X-Factor winner. Such arrogance! As if winning the X-Factor gives his singer the right to a Christmas number one. The only thing that gives the right to a Christmas number one is selling the most singles that week. It’s time for us to remind him where the power is.

This one really depends on what you get out of Christmas. I personally am not at all religious, so Christmas does not do anything for me spiritually. Nor am I particularly materialist, so the idea of a tacky Christmas tree and presents as far as the eye can see does not really get me going either. One part of Christmas I can wholeheartedly go for is the idea of “Goodwill to all mankind”. Bearing that in mind, how cool would it be if this year, instead of something about Santa Clause and Mulled wine, the British public chose a song that protested against racism in the police forces? I think it would be very cool indeed.

5. “You should buy a charity single or an independent single instead”

This is a very manipulative argument indeed. The music you choose should never be a moral choice. If I wanted to make chips and went to the supermarket to buy potatoes, if I then found that half the profits on all turnips went to charity, would I then be morally obliged to make turnip chips instead? The fact is if you are that interested in giving to charity you should not buy a single at all but should give the whole price to a charity instead. As for the idea of buying an independent single; I am all for supporting small record labels, but that is an argument for a different day. As I have said before this campaign is not a war on pop music or on big record labels; it is simply a chance for us to tell Cowell and his bloated hit machine; “Fuck you I won’t do what you tell me.”

So those of you that feel so inclined, please join me in a good old mosh for freedom this Christmas!
Posted by Oliver at 17:53 4 comments: