This video was put up at GayGamer.net, made by someone who joined a game of Halo with the tag 'xxxgaygamerxxx'. The nasty homophobia is terrifying, but the really scary thing is that this video's entire two minutes thirty seconds pass without anyone actually making a gag, if you consider the fact that 'gay' isn't a gag, it's his tag.


I saw this game 'No more heroes' in action at the TGS, but what with all of the Japanese language and booth babes... well, I had no clear idea of what was going on. It looked proper jokes though, and it seems only right the the website should follow suit.

It might look a little crappy on these sample videos, but the real thing looked great, despite being plastered across massive screens. I need a Wii! (Did you make the joke? Be ashamed.)
Posted by Oliver at 16:58 No comments:

Why do we keep believing, no matter how many times we're let down?


Because we want to believe.

I'm getting pretty sick of all the dodgey looks I get for being foreign Japan. Don't think that if you ever get out here it'll be pure amazing and you'll just be surrounded by supercute-Pokemon. Because you'll probably just end up feeling a bit discriminated against. Like it's the 1970s, and you're a black man...

It's down at the bottom on the right. This time, I'm hand-picking all the songs myself. Message me with requests, or if any songs don't load! Oh, and don't even bother pressing play if you don't have a sense of humor. In fact, if you can't take a joke you can get the fuck out of my house.

Ah, at last he returns. We had been waiting, and having a great time in Japan too! well good for him....

OK let me tell you what I've been doing:

After much research I have discovered that the Tesco brand chicken and mushroom pie is the best damn ready made pie you can buy on a student budged, followed closely by the ASDA variant. don't even get me started on the Sainsbury's chicken and bacon pie. IT'S TOO DAMN BACONY!!

As always me and Bara share different views on games, and I've been getting my fill of Half life 2 - Episode 2 and Halo 3. Oh yes, although I have to say I found a game that beats them all hands down.

OK so it takes a little time to get into, but trust me, this shizzle is genius! ...pizzle...

OK, some tips, put some plant under the falling water, put some fire under the oil, burn the plant, use the wall to catch and direct the FLOS! have hours of fun basically.

There's also a nifty little gadget that I discovered which comes in two variants, the m3 and the r4, they're exactly the same, just manufactured by different companies. they're little DS cartridges.. but.. WHAT'S THIS???? A tiny memory card in the back of it? And a website with all the DS games you care to pilfer. It really is a money saver, and as technically legal as a recordable VHS player, plus you can play all the games online because it's the DS that has your ID number, not the game. fun fun fun.

And does anyone think that Lilo's older sister, Nani, in Lilo and Stitch is hot? No? Me neither.

you know it's the thighs that get me... but seriously no, I have a girlfriend who I kiss on the mouth and everything.
Posted by Anonymous at 11:02 No comments: 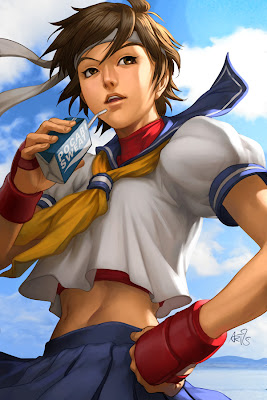 So, it has been a long time, friends. I wonder how you have been doing while the silence between us lasted. Perhaps you doubted my return. Perhaps you even strayed to other blogs. But I told you I was in this for the long term! I always intended to come back, when the chaos of moving to Japan was over. You knew that. And still you moved UK: resistance back up into the number one spot in bookmarks. But never mind. Let's forget the past. Let's start again. 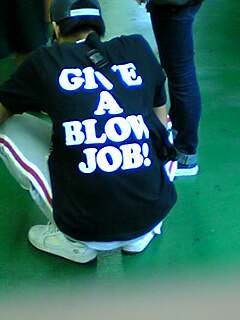 Wow a lot has happened. As anyone would have expected, moving to Japan has been quite a shock to the system. One of the first things I noticed was how damn stylish everyone is. Seriously, how am I ever supposed to impress the ch1x0r when everyone else is THIS cool?

Having mocked the Japanese people's English, it's probably only fair I say a few words about my Japanese. After some careful deliberation, I have decided on the following words; 'Oh dear.' They seem to sum it up for me. I did not do any kanji revision over the summer holiday, so that my grasp of the written language has recessed back in on itself faster than Shinji goes back into the feotal position. (w00t!) I'm playing the DS Zelda in Japanese, partly to avoid the hassle of shipping a JAPANESE game from England, and partly due to a stubborn 'I'm in Japan, I'll play it in Japanese even if it's less fucking fun than Dead or Alive' attitude, and it is like having two games for the price of one; A Zelda game, and a Japanese reading-comprehension game. One of those games is fun.

It's hard for me to be fair about the game, because I am playing it through a filter of 'What? "The flaming road of the permission to continue is for when the wind of breath reaches the flame of the road?" What the fu... oh, what, you want me to BLOW ON THE CANDLES? Jesus.' But it looks gorgeous, I do find that I end up blocking the screen a little with my hand, but I'm getting more used to the control system, and I think it is much better than some kind of button-pen compromise, the score is not up to Ocarina of Time standards, but will probably grow on me, and I love the fact that the faerie uses Navi's sample for "Hey!" when she wants your attention. I always liked the idea of cell shading in Zelda, it was other factors altogether that left Windwaker feeling hollow and foreign to the Zelda world - The DS one is much closer to the mark. All in all, this game feels very comfortable, like it naturally belongs in my hands. I'm looking forward to what it holds in store. 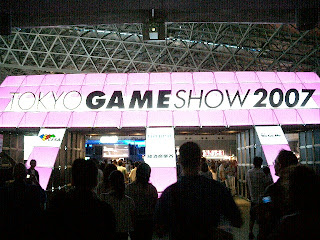 So what have I been up to in the land of the l337? Less then you might have expected, to be honest. I've been busy with school and everything, and some of the geekier areas of Tokyo, quite frankly, scare me. That's not to say I have been completely inactive. Oh, heaven forbid. I felt incredibly lucky to have a chance to go and see the Tokyo Game Show, surely something of a mecca for people like you and I. So now that enough time has passed to render all the 'hot' and 'exclusive' information from the show completely and irrefutably yesterday's news, I get around to writing a little about the show. To be honest, I wasn't privy to that much 'hot' information anyway, as this was not a press-day, but an open-to-the-public day, and also, the sheer scale of the thing was overwhelming, and I spent a lot of the day in awed, aimless circumambulation. 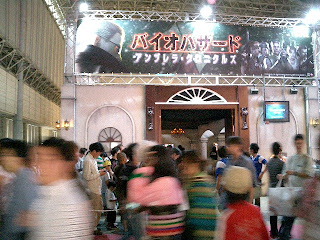 The crowds were mad. As much as I wanted to see the new Biohazard (That means Resident Evil, you noob!) and Final Fantasy stuff, the crowds were just too much. I did cue up so that my Japanese friend could give the upcoming Dragon Quest on DS a try, and it looks beautiful. Fairly old-school, but I have a felling that it's going to be a real joy to play. Square-Enix are pouring the same amount of love into the upcoming Final Fantasy DS stuff, there's really going to be a lot to get exited about.

I also had a runabout on the upcoming DS Ninja Gaiden (A lot of DS I know, but it is the only console that I have out here) and it looks great and plays as smooth as butter. It is all done with the touch pen, and somehow it is even more satisfying to hack and slash your way though than Zelda. The demo went as far as the first boss battle, an angry looking red dragon. It was pretty easy to dispatch the sucker, but things will surely get harder, and the game will be a distracting play regardless of the difficulty. 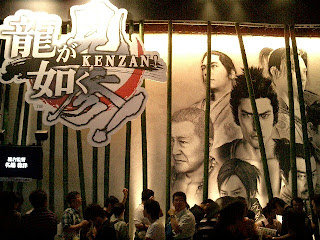 In other news, they were showing videos of what is going to be the 3rd in the 龍が如く series (Yakuza 3) and it is set in Samurai times! You play as one of Kazuma Kiryu's ancestors (who looks miraculously like him) At first I was a little upset. No more nasty-looking suits. No more screams of "What the fuck!?" No more super-realistic vision of Kabuki-cho. But the videos looked amazing, and if Sega manage to carry through the lovable antihero and feeling of the originals, then this may well be the first of the PS3 games to really excite my interest. Don't hold your breath though. Yakuza 2 has not even had a confirmed European release, so things look equally dodgey for Yakuza 3. 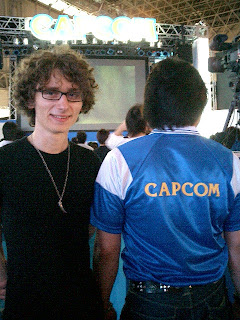 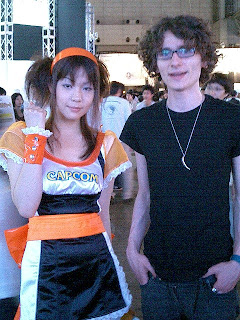 Even If I never get a playstation 3 and never see Yakuza 2 or 3, being in Sega's corner was the closest I've had to a religious experience yet. It was great just soaking up the Sega vibes; even if half of the games on show were obscure JRPGs that I will never play or care about. As much as I don't consider myself into the kinky booth-girl stuff, there is something really, really hot about a girl in a capcom dress. I suppose this is one case in which the brand on the clothes is important. After those photos I made a bee-line for the Tecmo girls, but the girl I was with started getting annoyed. For annoyed read: fucking furious. Don't worry, if you want to see all the booth girls there is a website dedicated to the subject; Destructoid.

Well, I saw a lot at the game show, but I think I have pretty much written up the best of the bunch. I hope everyone is appropriately jealous, and messages me to say so, because if not, what was the point of coming all the way to this very difficult-to-live-in country? 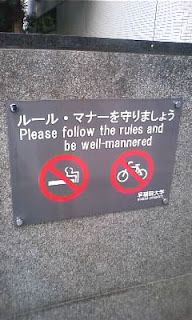